The first “Art of Poetry at the Hickory Museum of Art” took place last Saturday with poems by area poets Al Stout, Nancy Posey, Ann Chandonnet, Bud Caywood, Patricia Deaton, Anthony Rankine, David Moore, Mel Hager, and Scott Owens. Most of the poems were based on the Museum’s “Sleeping with Van Gogh” exhibit, although one poem came from the “From Billy to Willi” exhibit, and another from the “Discover Folk Art” exhibit. The poets read and discussed their poems standing next to the work of art that inspired them. 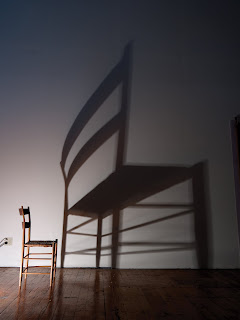 He remembered seeing the street signs and sidewalks in cotton fields--
Ford City, they'd called it, even after Henry abandoned his plans
in Alabama and built his cars in Detroit. Even the plant that came
years later has closed long ago. Now, in his new home, he sees
giant chairs all over town, a civic art project when this was still
the furniture capital of the world, before those eighteen wheelers
hauling containers from China became a regular sight up
and down I-40, and then each night, filling his dreams,
his nightmares, as he tries to exorcise the muscle memory.

Here he is, unemployed after twenty-eight years building chairs,
eight-way hand-tied springs, paid by the piece, his movements
as graceful, as repetitive as any dancer’s, despite the nails between
his teeth. His nights are plagued by images of giant chairs,
yet somehow he never managed to bring one home, made
with these hands he examines now--one still curled to hold the tools,
one reaching for the nails, the coils, one eye on the clock.


The next “Art of Poetry” reading will take place on September 15 from 2:00 to 3:30. Poets are invited to visit the Hickory Museum of Art, view the exhibits, write poems based on the works of art in the exhibits, and submit them to Scott Owens at asowens1@yahoo.com. Up to 20 poems will be selected for inclusion in the next reading. The deadline for submission is September 1. Exhibits eligible to be written from and the dates they will be hung are as follows:

Kind words from Helen Losse about my new book, "For One Who Knows How to Own Land" (Future Cycle Press):

As Tim Peeler's blurb says, this is Owens' best book yet (and yes, I've read them all). Beautiful and earthy, Owens’ poems are filled with bird sounds and various kinds of trees, as well as cows and fields, but they are actually "red dirt" covered memorials to the people he remembers from his childhood in rural South Carolina, especially his grandfather to whom the book is dedicated. Owens, who said he admired "poets of place," has become one.


The Art of Poetry Tour

Hickory, NC – On June 16, 2012, from 2:00 to 3:30 P.M., the Hickory Museum of Art will conduct an ekphrastic (poetry about art) walking tour through its exhibits. The public is invited to attend this free event. Enjoy 19 poems by 9 poets relating to 21 works of art featured in the exhibitions Waking Up with Van Gogh and From Billy to Wiili.

Future The Art of Poetry tours will be held on September 15 and December 15. The public is invited to view exhibits on the Museum’s three floors, and to write one or more poems based on the work in the exhibits. To be included, the poem(s) should be submitted to Scott Owens via email (asowens1@yahoo.com). Owens, a widely-published local poet and creative writing instructor, will work with HMA staff members to select as many as 20 poems for each tour. Deadlines for submission of poetry will be the first Saturday of each tour month (September 1 and December 1).

The Hickory Museum of Art is located in the Arts & Science Center of the Catawba Valley, 243 3rd Avenue NE, Hickory. Admission is free. For more information please visit www.HickoryArt.org or call 828-327-8576. 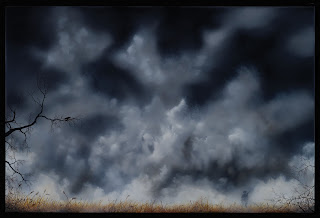 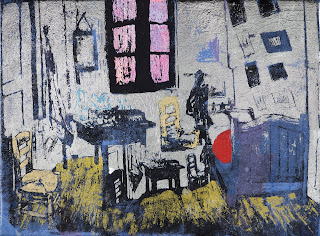 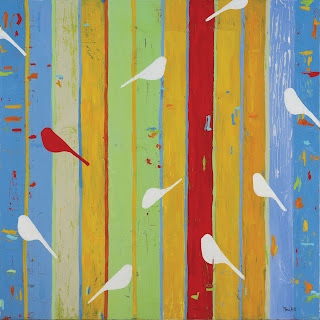 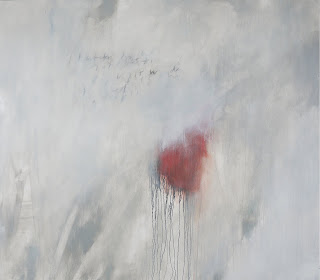 Posted by Unknown at 9:07 AM No comments:

I will be teaching a 5-hour poetry workshop at Working Title Farm (associated with the Russell & Mary Boggs Center for the Arts) in Claremont on Saturday, June 23, from 10 to 3. The title of the workshop is "Everything You Ever Wanted to Know About Writing Poetry." The exact content of the workshop will be determined by those attending, but I'm prepared to cover everything from invention strategies to revision to publication. Participants are invited to submit a poem for the revision workshop ahead of time. I've taught shorter versions of this workshop with great success at Coastal Carolina University, the Writers' Circle, and the Writers' Workshop. The cost of the workshop is $50 per person. Enrollment is limited to 12. To register, email me at asowens1@yahoo.com or call 828-234-4266.
Posted by Unknown at 8:37 AM No comments: