It’s a question that every poet who has ever been interviewed has been asked and a question that I ask my own writing students every semester. But it may really be two questions. The reasons, after all, for reading poetry can be quite different than the reasons for writing it. And the simple truth is, as with most things people do, the reasons for doing it vary greatly from person to person.
Nevertheless, in the interest of conversation and perhaps furthering understanding, it’s always worth attempting an answer. So, over the years my students’ answers as to why they write poetry have included all of the following:
• to express oneself
• to release emotions (achieve catharsis)
• for fun
• for intellectual stimulation
• for entertainment
• to leave one’s mark
• to make a difference
• out of a love of language
• for the greater glory of God
• because I have to.
All of these are pretty good and fairly common reasons for writing poetry. Interestingly, they are also good reasons for reading poetry.
I’m not sure anyone’s answer to the question ever varies a great deal from this list, but as they continue their pursuit of either writing or reading poetry, poetry lovers often refine these answers into ones that are clearer and more precise. Renowned contemporary author and teacher, Camille Paglia, for example, claims that writing poetry helps us “cast off habit and look at life again with childlike wonder.” Similarly, poet Jay Parini states, “the mind of the poet supplies a light to the minds of others, kindling their imaginations, helping them to live their lives.” While Paglia’s claim has to do with writing and Parini’s with reading poetry, it is noteworthy that they both emphasize the transformative element of being involved with poetry.
Ultimately, what I think both of these commentators are saying is that being involved with poetry helps us notice things we might otherwise take for granted. The essential vehicle of poetry is metaphor, the conception of one thing in terms of another. Thinking in this way helps us see connections and relationships that are not obvious in our daily activities. In seeing these surprisingly intimate connections we are also more likely to take less for granted, to more highly value a wider and perhaps deeper range of the things and people around us.
Poet Edwin Honig states most clearly the importance of poetry today when he says, “In our age, and typically in a large, mobile industrial society . . . people tend to become indifferent about their ability to think or feel for themselves . . . .The poet’s voice is needed now more than ever before --that voice which celebrates the difficult, joyous, imaginative process by which the individual discovers and enacts selfhood.” Although Honig wrote this about why we read poetry, it speaks most closely to my own concept of why I write poetry. In a sense, I think I perceive the world poetically--as brief, valuable narratives, images, or thoughts deeply embedded with personal, historical or literary associations and connections. I admit I lack the omniscience to see the big picture, but through poetry (reading or writing) I remember to appreciate the little ones and learn to better perceive the webwork that ties them all together.
So maybe it’s really just one question after all.
Posted by Unknown at 8:41 PM 5 comments: 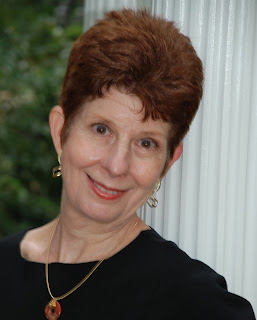 I was first introduced to Pat Riviere-Seel’s poetry almost exactly a year ago when we read our work together at Malaprop’s Bookstore in Asheville. Afterwards, she invited me along with her friends back to her house for dinner. I went, and thoroughly enjoyed the meal, but enjoyed even more her stories of the wildlife, including more than one black bear, who routinely visit her mountain home.
Those stories and her beautiful home stayed with me, but not as much as her fascinating poetry. Most of the poems she read that day were from a manuscript called The Serial Killer’s Daughter, which has since been published as her second collection of poetry by Main Street Rag. That title alone was enough to catch my interest, but when she explained the poems were written from the perspective of the daughter of Velma Barfield, the NC native who made news in 1984 when she was executed for the confessed murders of her own mother and lover, among others, I was really hooked.
What Riviere-Seel creates, however, is even more fascinating than that might suggest. Yes, she tells the imaginative story of a woman who discovers what for most of us would be beyond the realm of imagination, that one’s own mother is a murderer, and in fact is responsible for the death of one’s grandmother, and in all likelihood, one’s father as well. However, Riviere-Seel’s collection is not a sensationalistic, tabloid-style rendering of gory details and pop psychology, but rather a sensitive and always poetic treatment of the humanity that exists preceding, during, and following such extraordinary events. In The Serial Killer’s Daughter Riviere-Seel creates beauty out of horror revealing in the process the humanity in a story whose inhumanity otherwise precludes understanding.
Riviere-Seel, a self-described recovering journalist, is associate editor of The Asheville Poetry Review and former president of the NC Poetry Society. Her poetry has been widely published and nominated for a Pushcart Prize. She will read from her work at Taste Full Beans Coffeehouse in downtown Hickory on Tuesday, September 8, starting at 6:30 PM as part of the Poetry Hickory reading series. The poem reprinted below is from The Serial Killer’s Daughter.

After My Mother Is Arrested and Charged with Murder

It’s not as easy as you might think,
up every morning, dressed and out
to the only job I’ve ever had--
the promised promotions gone
even though I’m the best at what I do,
sorting coats, sweaters by size.

I know the inventory, where to find
hairpins, which aisle holds light bulbs.
I keep up with the sales and never let
anyone use my discount. Ten years
I’ve never missed a day or clocked in late.

Yesterday my boss laid his hand
on my shoulder, said, “I’m sorry,” and
disappeared before I turned around.
I feel customers stare and sometimes
think I hear a whispered, “monster.”
Or was it “mother” that I heard?

Everyone wants to know
what’s going to happen next.
I’ll tell you: at the end of the day
four small arms will circle my neck,
I’ll fry chicken, bake rolls, and pray
to any god that will listen.
Posted by Unknown at 9:56 PM 2 comments: 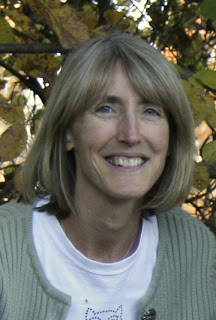 CAMPANELLA WRITES POETRY OF COURAGE
Formerly a magazine and newspaper editor, Ann Campanella turned to creative writing to nourish her soul. Her efforts were rewarded by the North Carolina Poetry Society with the Poet Laureate Award twice and by the North Carolina Writers’ Network with her selection for the Blumenthal Readers & Writers Series. Her poetry collection, What Flies Away, published by Main Street Rag, received second place in the 2007 Oscar Arnold Young Competition for the best book of poetry in North Carolina.
Last year, after her mother’s ten-year struggle with Alzheimer’s disease, she collaborated with Terri Wolfe and Louise Rockwell in the publishing and presentation of Riding Out: Poems of Grief and Redemption. This spring, her chapbook, Young & Ripe, was published. This collection draws from Campanella’s experience as the youngest child in a military family, her college years and early marriage and focuses on the mistakes, passions and vulnerability of youth.
Campanella’s writing has appeared in local and national publications and anthologies such as Chelsea, Crucible, Earth and Soul, Iris, Kakalak, Main Street Rag, Pembroke, Southern Poetry Review, Tar River Poetry and the bestselling A Cup of Comfort series.
She has a degree in English Literature from Davidson College and lives on a small horse farm with her husband and daughter. On August 11, Campanella will read from her work as part of the Poetry Hickory Reading Series. The reading will begin at 6:30 at Taste Full Beans Coffeehouse in downtown Hickory.
The poem below is from Young & Ripe and was first published in Bay Leaves, the annual awards anthology of the Poetry Council of NC.
The Point of Impact

After the move to Panama, we sought refuge
from black army ants and poisonous frogs,
huge mosquito trucks that sprayed a tent
of lethal fog around the housing.

Under a violet sky, you took up beer and dope,
sat under the umbrella palms with a hand
on the thigh of your army brat girlfriend.
I hated how she came between us.

She was the one caught with you in the first storm
of the season. It became a legend on the base,
the way the rain fell like rocks
on the hood of the Mach I as it skidded,

then flipped off the edge of the bridge.
Your seat-belted bodies swung upside down
like two bats in the drainage ditch.
A year later, she left you

after your best friend leapt
from the center of that same bridge.
His body compressed at the point of impact
as if it never had space for a heart.

You pushed me away. I wanted to comfort you
the way your hand-me-down clothes had comforted me.
I tried to follow as you hacked paths in the sawgrass
with your machete, wretched among the papaya.

Back in the States, as adults, you tell me
she left him for you, (the way you left me for her).
I say, “It’s not your fault.” We talk about the iguanas
that crawled through our back yard,

the metallic frog sounds that made us shiver
in the dense air, and how every morning
we’d step wide on the road
to avoid their flattened bodies.
Posted by Unknown at 2:41 PM 2 comments: 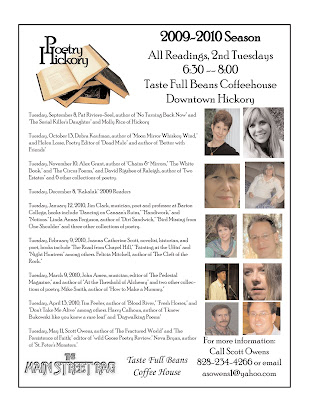 Posted by Unknown at 2:25 PM No comments: 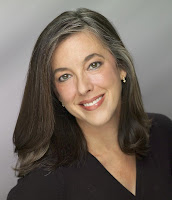 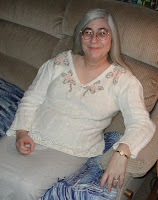 No, I haven’t lost my mind. There is not really going to be a round-up of farm animals, alive or dead, in Hickory, at least not in the sense you might be thinking.

“Dead Mule,” in the world of poets, is one of the best online literary journals in the country today, and I am particularly fond of it because it specializes in Southern literature. The Mule, as its friends call it, has published two of my chapbooks in the past two years and one of Tim Peeler’s (another Hickory poet) as well. It has also been the first journal to publish the works of 9 of my students at CVCC.

Officially the Dead Mule School of Southern Literature, editors Val MacEwan and Helen Losse have decided to hold a reading by poets who have been published in the Mule, and they’ve decided to let Poetry Hickory host that reading. The reading will take place at 6:00 on Tuesday, August 4 at Taste Full Beans Coffeehouse in downtown Hickory, the same place most Poetry Hickory readings occur.

Currently 6 poets will be featured, although Losse expects that number to increase to 8 or 9 by August 4. The 6 readers already committed are an impressive group to say the least. In addition to myself, Losse, and Peeler, the reading will include Jessie Carty of Charlotte (editor of the journal “Shape of a Box” and author of “At the A & P Meridiem”), Felicia Mitchell of Virginia (author of “The Cleft of the Rock”) and Terri Kirby Erickson of Salisbury (author of “Thread Count” and “Telling Tales of Dusk”).

These six readers have written a combined total of 18 collections of poetry. Anytime you get that many poets with that much experience together in the same room, something spectacular is bound to happen. The readings are free and open to the public. For more information, call me at 828-234-4266 or email me at asowens1@yahoo.com.
Posted by Unknown at 7:23 AM 3 comments: